(Kansas City, Missouri) — Members of the Missouri Section of the American Water Works Association (MO-AWWA) gathered at Margaritaville Resort in Ozark, Missouri, to celebrate a 75-year legacy of protecting drinking water for Missourians. 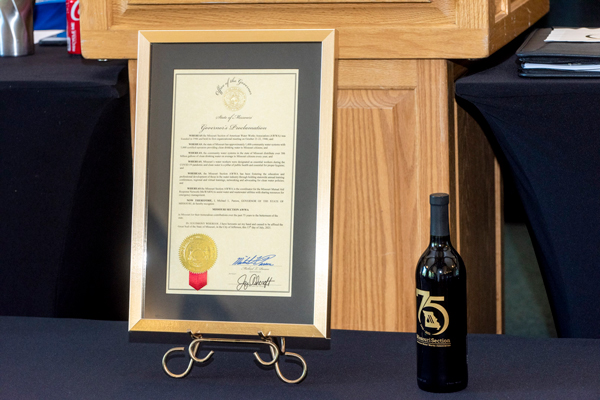 At the August 1946 AWWA Annual Conference in St. Louis, members petitioned the Association to be allowed to form a Missouri Section. The first organizational meeting of the Missouri Section was held in Columbia on October 21–22, 1946. Seventy-five years later, 700 members commemorated the Section’s accomplishments by revisiting the highlights of each decade and presenting a proclamation from Governor Mike Parson.

The state of Missouri has approximately 1,400 community water systems with 5,000 certified operators providing clean drinking water to our citizens. Over 306 billion gallons of clean drinking water are distributed to Missouri citizens each year. The Missouri Section AWWA has been fostering the education and professional development of operators in the water industry by holding statewide annual training conferences, regional and virtual training, networking, and advocating for clean water policies. The Section also coordinates the Missouri Mutual Aid Response Network (MoWARN) to assist water and wastewater utilities with sharing resources for emergency management.

When AWWA started in 1881, less than 1,000 public water supplies were in operation in the United States. Waterborne typhoid and dysentery, and associated diseases were taking heavy tolls each year sickness & deaths. AWWA supported passage of the Interstate Quarantine Act of 1893 which was enacted in response to outbreaks of waterborne disease. In 1912, the first drinking water-related regulation was adopted, prohibiting the use of a common cup on interstate carriers such as trains and ships. When the US Public Health Service adopted the first microbiological standards for drinking water to implement the Interstate Quarantine Act, AWWA urged its members to comply with the standard, though it only applied to water served aboard trains and vessels that crossed state lines. Today, over 100 years later, Governor Mike Parson designated water and wastewater workers as essential workers during the COVID-19 pandemic because clean water is a pillar of public health and essential for proper hygiene.

The Missouri Section’s pioneering spirit, as symbolized by the gateway arch in St. Louis, is both a foundational part of AWWA’s legacy, and more importantly, an essential leader in shaping the future of the world’s most vital resource.

Established in 1946, the Missouri Section of the American Water Works Association (MO-AWWA) is dedicated to the promotion of public health and welfare by assuring drinking water of unquestionable quality and sufficient quantity in the state of Missouri. AWWA is the largest nonprofit, scientific and educational association dedicated to managing and treating water, the world’s most important resource. The Missouri Section has approximately 700 members across the state of Missouri and is one of 43 sections within the parent association AWWA. There are approximately 50,000 members of AWWA worldwide. 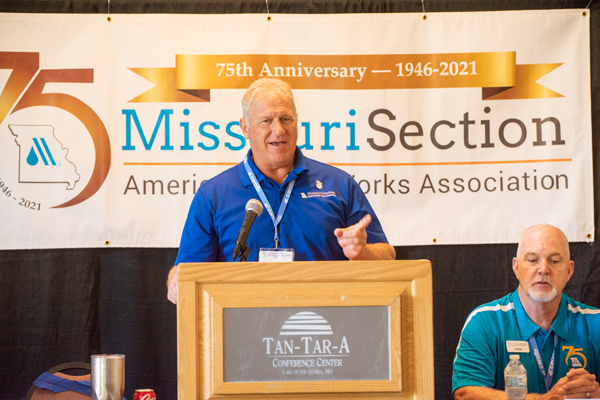 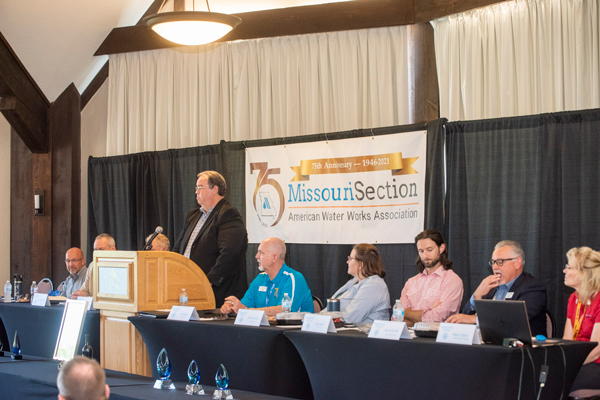